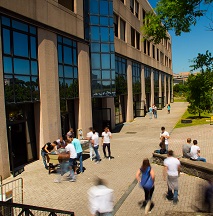 The School of Economics of the University of Rome Tor Vergata

The School of Economics is located in the south-east part of Rome, just outside the ring road called the “grande raccordo anulare’, about 14 km from Rome’s downtown historic center (about 30 minutes). The campus is easily accessed by public transport and connected to the Eternal City through an extensive network of buses (which is subsequently connected to a well-coordinated system of trams, subways and trains). Students enjoy Tor Vergata’s green parks and tranquil campus surroundings that are merely a stone’s throw from the hustle and bustle of one of the most important and well-connected cities in Europe. 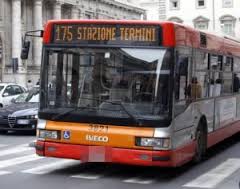 Public transport is usually inexpensive and efficient and is probably the best way for students to get around Rome. Generally speaking, it is usually more expensive to buy a single ticket for public transport, so it is advisable to purchase weekly tickets or a monthly or annual pass such as the METREBUS card, which costs €250. Students below the age of 26 may benefit from an additional discount if they are winner of the Laziodisu scholarship.  Single fare tickets are available for purchase only in certain places throughout the city. Students who prefer to purchase single fare tickets should be aware that tickets are not sold on buses or trams and must be purchased beforehand. Tickets may usually be purchased at tobacco shops, newsagents. All tickets must be validated before boarding trains, buses and the underground.

The Rome underground transport system, simply called la metropolitana by Italians, has trains which run approximately every 3-5 minutes, from 5:30am until 11:30pm every day (until 1:30am on Saturdays). Tickets can be purchased in newsstands, tobacco shops, or through vending machines at the underground stations. Each underground ticket costs € 1,50 for 100 minutes and a one-way journey. The annual public transport pass costs €250 and is valid for 365 days, from the day you first use it. You can purchase the annual pass at the main metro stations (for example Anagnina, Lepanto, Ottaviano and EUR Fermi); a passport–sized photo is needed and students will be asked to fill in a form. The monthly pass costs €35 and can be purchased in most tobacco shops or at the metro stations.