Born in Rome in 1952, he holds a degree in Political Science (University of Pavia, 1974).
He joined the Foreign Service in 1975 and served in Maputo, Buenos Aires and Islamabad. From 1987 to 1991, he worked at the Ministry as officer in the Latin America Bureau, and then as the Director of the budget and planning Bureau at the Directorate General for Development Cooperation.

From 1991 to 1996, he was the officer in charge of trade policy at the Italian Permanent Mission to the UN in Geneva. As deputy Italian Representative to the GATT and to WIPO, he was involved in the conclusion of the Uruguay Round of multilateral trade negotiations, and later in the setting up of the WTO.

He then had a three-year stint as Consul General in Buenos Aires, the largest Italian Consulate in the world, from July 1996 to November 1999.

At the Ministry in Rome, he served for six years in the Analysis and Planning Unit of the Ministry, which he headed from 2003 to 2005.

From 1995 to 2003, he also acted as Chairman of the WTO Working Group on Accession of Cambodia, the first LLDC country to complete an accession process to the WTO in 2003.

In January 2006 he became Ambassador to the EU in Brussels, as the Italian Representative to the Political and Security Committee of the EU (COPS), handling foreign policy, defence and security issues. He helped define the EU response to the Lebanon crisis in summer 2006, Kossovo independence, the conflict in Georgia in 2008, the Iran nuclear programme, among others.

As the Italian Ambassador to Canada from January 2010 to January 2013, he worked to enhance bilateral relations, making Science, Technology and Innovation a key sector of cooperation, and on EU-Canada issues, namely CETA.

Back to the Ministry in Rome, in January 2013 he was appointed Director General for Economic, Cultural and STI Affairs. During his three-year tenure, he helped implement a new set of policy actions for small and medium Italian enterprises on international markets and he favoured a closer link between business and STI activities – as well as cultural activities – around the world.

He retired in February 2016. He is married, with three adult children and a grandchild. 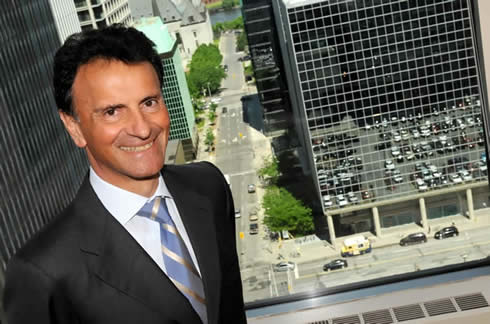