Alessandro Travaglini  (Rome 1958)
Degree with full marks in Biological Sciences (1986) at the University of Rome "La Sapienza".  Thesis in Phytogeography: "Releves of the vegetation of the high valley of the Aniene: study on some populations of Ostrya carpinifolia Scop. before of Trevi in Latium and the basin of the Simbrivio”, supervisor prof. G.C. Avena.

Now  he teaches Phytogeography, Aerobiological Monitoring at the University of Rome Tor Vergata (course of Ecology). Doc. Alessandro Travaglini’s scientific activity is included in almost 100 scientific papers, book chapters and oral presentations in national and  international congresses about the following research. All research was carried out at the Department of Botany, Department of Biology, University "Tor Vergata”.

- In 1991 he was a member of the scientific technical committee of the Regional Natural Park of The Apennines Simbruini Mountains.
- In 1994 he frequented at the university of Lisbon a course on the Mediterranean vegetation.
- In1996 he was responsible of the Aerobiological Monitoring Center of the University of Rome Tor Vergata. He coordinated the organization of Aerobiological monitoring network in Rome through conventions with the Central Office of Crop Ecology-CRA and the Research Center of the Hospital Fatebenefratelli- San Pietro.
- In 1997 he frequented the "VI run updating for the aerobiological monitoring" in Perugia, obtaining the title of "warranted reference of the national Aerobiological monitoring network". He was member of the Italian Botanical Society, in the group of work for the Botanical Gardens and historical gardens of the S.B.I., and member of Italian Aerobiological Association.
- Since 1997 within the project C.N.R. "National Committee of Science and Technology cultural heritage" coordinated by the University of Tuscia entitled "The scientific collections of botanical gardens in central and southern: cataloguing, documentation, preservation and use", he is responsible for the research unit of Tor Vergata. A database was realized, on commercial software, for the management of the collections and the accessions and disposals of the Botanical Garden. This program is still used for managing herbarium collections.
- In 1998 he has been member of board of the Italian Aerobiological association.
- In 2000 he realized in the Tor Vergata university web-site a page for the diffusion of the pollen bulletin of the town of Rome to benefit of the allergic subjects.
- Since 2000 he is registered on the Biologists Order.
- By January  2001 he started working as confirmed researcher in the Bio/02 sector.
- In 2002 he was in board of the group of Palinology of the IBS.
- In 2006 he was national coordinator of the Italian network of monitoring of the Italian Aerobiological Association.

Studies on the territory:

- Partnership between the Department of Botany Department of Biology and the Regional Natural Park of Simbruini mountains. Aerobiological studies on pollen: in order to implement the information on the air quality of the University of Rome “Tor Vergata”, in 1996 was installed a volumetric detector of pollen and particulates. The study of palynological conducted weekly recognition was accompanied by a floristic survey to assess the correspondence between flowering period and pollen calendar, were also related meteorological data station the reading of the slides makes possible to achieve the preparation of pollen calendars.
- The project of restoration of the vegetation of the island of Ventotene:
As part of a convection between Ventotene and University of Rome "Tor Vergata" it has been prepared on behalf of the Region of a project to restore vegetation and recovery of agriculture in order to protect hydrogeologically the territory of the island.
- Studies in the Apennine : the LIFE RICOPRI project
Doc. Travaglini is scientific coordinator of the Life RICOPRI project  (Restoration and Conservation of Grasslands south-central Italy). The project deals with the recovery of grasslands in 3 sites of Community importance of Lazio and Basilicata and aimed at the recovery of the prairies, the optimization of grazing and conservation of flora and fauna at risk.
- Forensic pollen: he was  involved in some “cases” by Scientific Department of Polizia di Stato. 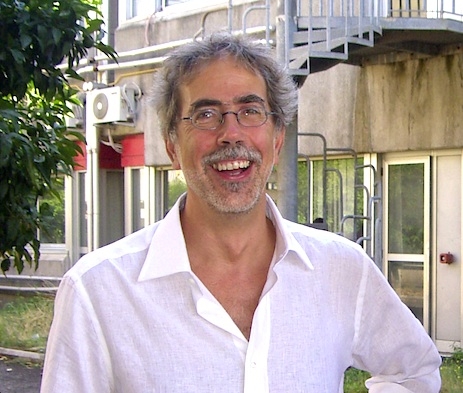