Hauwa Ibrahim is a Nigerian human rights lawyer.
She was the first sub-Saharan African woman to be awarded the European Parliament 2005 Sakharov Prize for Freedom of Thought as well as the Cavaliere di Merito della Repubblica Italiana, by the Italian Government.
She has been a Visiting Professor at Saint Louis University School of Law and Stonehill College, a World Fellow at Yale University, a Radcliffe fellow, and a fellow at both the Human Rights Program and the Islamic Legal Studies Program at Harvard University.
While a Radcliffe fellow, Hauwa Ibrahim adopted an interdisciplinary approach to delve into the theoretical foundations of Shariah law and examine how they have influenced legal practice, which has, in turn, affected the human rights of women in West Africa. Her research led to the book Practicing Shariah Law: Seven Strategies for Achieving Justice in Shariah Courts, published in January 2013. 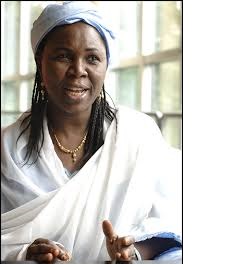