Paolo Vineis leads the Exposome and Health theme of the MRC-PHE Centre for Environment and Health at Imperial College. He is the co-Director of the MS in Global Health of Imperial College.
He is a leading researcher in the fields of molecular epidemiology and exposomics. His latest research activities mainly focus on examining biomarkers of disease risk, complex exposures and intermediate biomarkers from omic platforms (including metabolomics and epigenetics) in large epidemiological studies as well as studying the effects of climate change on non-communicable diseases.
He is a member of various international scientific and ethics committees (including the Committee of the US National Academy of Sciences on 21st Century Risk Assessment) and vice-chair of the Ethics Committee at the International Agency for Research on Cancer (IARC, WHO). He has written several books, including philosophical books (such as "Nel crepuscolo della probabilita", Einaudi 1999; "Modelli di rischio", Einaudi, 1990), Health without Borders. Epidemics in the Era of Globalization”, Springer 2017 and the recent “Prevenire” with Roberto Cingolani. 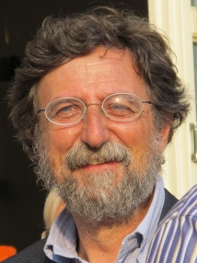